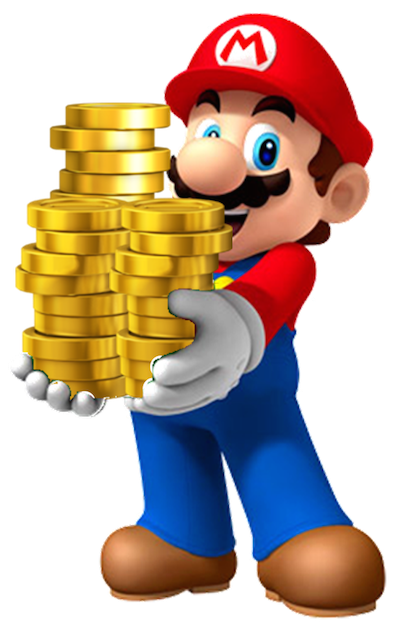 What do hardware startups like Coin, Tile, August, Lockitron, and Plastc all have in common? Well, a few things. But most interestingly, outside of each raising more than $1M during their crowdfunded campaigns, all of these startups ditched 'the platform' and opted to self-crowdfund.

Rejecting platforms like Kickstarter or Indiegogo in favor of jumping to pre-orders on your own website may not sound like a bold move, but it's not something that everyone can pull off. Generating the same hype, exposure, and revenue independent of the 'well-oiled Kickstarter machine', isn't so clear-cut.

Despite the obvious challenges, an increasing number of products are ditching the pre-packaged realm for more unchartered territory—the self-hosted pre-order campaign.

So why the shift towards greater crowdfunded independence?

Read on as we highlight the benefits of running your own campaign, uncover the commonalities amongst successful DIY campaigns, and cleverly insert a few pop culture references.

5 Benefits to Running Your Own Pre-Order Campaigns

2. Keep Your Traffic: Instead of driving traffic to platform websites, you’ll get to keep it all to yourself. This will prove quite fruitful when SEO sets in, and you can reap the sweet, sweet rewards of an awesome pagerank. Hells yes!

3. Fewer Fees: Here’s something we can all appreciate: cold hard cash. When all fees are accounted for, Kickstarter and Indiegogo charge between 8-10% and 7-10% respectively, of total backer funding. Comparatively, pre-order website platforms like Celery or Shoplocket charge 2% and 2.5% respectively, plus the transaction fee.

For example, using Celery as the pre-order platform integrated with Stripe would mean a total fee of 4.9% plus $0.30 per transaction (2% Celery +2.9% Stripe +.30). To put this into perspective, if charged the maximum, ‘The Coolest’, could have paid $1,328,523 in total fees to Kickstarter and their transaction partner. Eek! The maximum total on a pre-order website like Celery (paired with Stripe) would be $669,759—chump change!

4. Optimize Flow: You’re entirely responsible for the look and feel of your backer’s checkout experience. If something, anything’s, not jiving with you, you can tweak it. If you’re savvy and see a way to improve customer onboarding, the options are limitless.

5. The Right Branding Fit: If your product is slightly outside of the norm, or isn’t seamlessly suited to platform branding, have no fear. Take for example, Lockitron. In 2012 the bluetooth enabled keyless entry lock was rejected by Kickstarter. The company went on to host their own campaign that brought in $150K in less than 24 hours, and earned $2.3M in total pre-orders. Although fewer products are turned down from Kickstarter today, some products, like Lively, an emergency home response system for the elderly, just don’t flourish on platforms. After two failed attempts, like drop in the bucket attempts, to raise $100K on Kickstarter, Lively went on to raise $4.5M in venture backing, host a successful online store, and sell their device on Amazon.

Upon researching a recent article, "Before They Break: Biggest Crowdfunding Innovations of 2015", the increase in hardware startups hosting their own campaigns, became apparent. Upon further investigation, a pattern between those most newsworthy emerged.

The products leaving traditional platforms behind, weren't just any ol' products. The companies of successful DIY campaigned products like Coin, Tile, August, Navdy, and Vessyl were often comprised of the same unique, but replicable, cocktail: one part investor (can substitute for an incubator), one part experience, and a dash (or two) of media presence.

One major commonality between successful startups that host their own pre-sales: investors. Although the two aren't mutually exclusive, the relationship is undeniable.

Startups who've received funding during or after entering a hardware incubator like Highway1, HAXLR8R, or Y Combinator, are measurably more likely than average to crowdfund independently.

For instance, since its 2013 inception, the acclaimed hardware incubator, Highway1, has pushed 35 startups through it's program. Collectively, these startups have raised over $26M in venture capital, and earned 4.5M in crowdfunded dollars and counting (not all campaigns have been run).

Of the 25 startups highlighted in the Highway1 portfolio, approximately one third have chosen to run pre-sale campaigns on their own sites.

Among the alumni who have chosen to do so are: Navdy, Ringly, Cue, Lagoon, Shadowman, and Palate Home.

A Wee Case Study: Navdy went through Highway1 in 2013 and secured $6.5M in a seed round of funding which closed on March 1, 2014. The 'Google Glass for your car' ran their self-hosted pre-order campaign in August, 2014. This campaign received $1M in backer funding during the first week alone.

Side note: If you haven’t already, check out Navdy’s video. It’s Zach Galifianakis meets ‘The Big Bang Theory’ in the best possible way.

2. Not Their First Rodeo

Another noticeable factor between those who successfully run their own pre-order campaign is experience. This experience comes in all shapes and sizes, but often looks like:

Without generalizing (too much), hardware founders that head straight for pre-sales tend to have already carved out a name for themselves in the industry. This is not just advantageous when it comes to securing investment (or bringing forth enough personal capital), but often means a fast-tracked following, and a high level of skill when it comes to running a campaign and new business.

A Wee Case Study: Lumolift is the second product by BodyTech. Their first product, LumoBack, earned $200k in funding during its 40 day Kickstarter debut. A year and a half later, leveraging their following and experience from LumoBack, the company decided to go it alone. Their second attempt with the crowd brought in $1.2M in backing—six times that of their first campaign.

Food for thought: Do you think the outcome for LumoLift would have been the same if the Lumoback hadn’t made a successful Kickstarter debut?

Garnering media attention and getting into some fruitful media romances are key when it comes to independent crowdfunding success.

When separated from the platform, drumming up your own audience is pivotal. Although it’s not easy, the indie campaigns most successful were able to ‘break the internet’. Well, not quite, but they picked up a decent amount of coverage, had campaign videos typically viewed in the hundreds of thousands, and maintained a presence before, after and during their campaigns.

Wait, What?: Upon further investigation, it appears the actor in Coin’s video is the same guy from the Navdy video. We’ve uncovered a serial campaign video star.

A variation of the investment, founder experience, and strong media coverage cocktail is recycled throughout those earning $1M or more in independent pre-order campaigns—the ‘big guns’ of DIY crowdfunding. In a sense, startups like Navdy, Coin, August, and even Lumo Bodytech, represent a sort of ‘pre-order’ elite—those who can “afford” to go it alone.

However, this is changing, and over the next few months it will change even more. It’s only a matter of time before flocks of fiery entrepreneurs with kickass products and varied backgrounds begin to carve out major success stories in the DIY space. We look forward to this diversified occupancy.

Celery is a pre-order platform that works with companies, large and small, who are challenging the pre-order status quo! Learn more and follow us @trycelery.