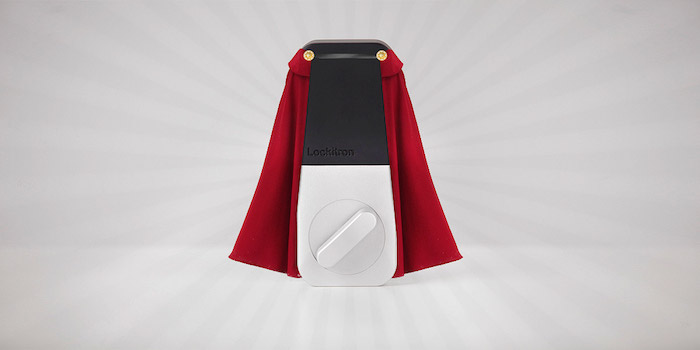 The idea of crowdfunding has been around since early human community and collaboration, but the mainstream uses are in constant motion. ArtistShare, said to be the world’s first crowdfunding platform emerged in 2003 as a way for creative artists to publicly fund projects; Indiegogo launched in 2008 during the Sundance Film Festival with a focus on independent films and ‘democratizing fundraising’; Kickstarter joined the scene in 2009 as the go-to place for indie hardware innovations.

What were formerly geared towards artists and modest ‘indie’ inventors, crowdfunding platforms now host major hardware launches where bullet-proof campaigns—backed by millions of investor dollars—are executed with scientific precision. Has the original idea of crowdfunding to gain independence, project control, and to circumvent traditional investment channels been lost somewhere along the way? Does crowdfunding need to be synonymous with Kickstarter’s cookie-cutter formatting and flow? 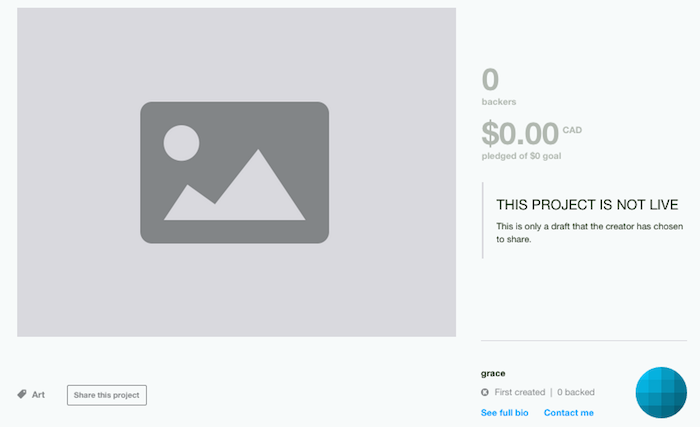 Like any song, micro-banged hairstyle, or business process that goes mainstream, the original ‘magic’ or use-case can become lost. However, this loss often coincides with the emergence of ‘the next generation’—a reinvention that propels that song, hairstyle, or business process forward. This reinvention is brought about by thought-leaders or ‘rebels’ in a particular space—those who make the former way of doing things look as dated as 80’s hair bands.

In 2012, Lockitron became that rebel, and offered a window into what ‘next generation crowdfunding’ is shaping up to look like.

It was September 2012. "We Are Never Ever Getting Back Together" by Taylor Swift was number one on the radio, Kickstarter had just published their ‘We’re Not a Store' blog, and Lockitron’s debut keyless entry lock was rejected by the number one crowdfunding platform in the world. Lockitron’s co-founder, Cameron Robertson reminisces, “We got caught up in the new ‘not a store’ requirements...And when we talked to people at the time, they were like ‘you can't get on Kickstarter? That sucks. You're screwed.’"

Instead of anchoring themselves to the very-sinkable ‘we’re screwed’ ship, co-founders Cameron Robertson and Paul Gerhardt got to work. Within a few days they had built their own crowdfunding web app, and opted to run their own pre-order campaign—a bold first in the heat of Kickstarter’s hardware market dominance. 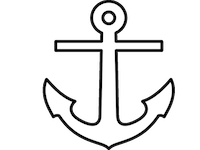 “You Don't Need to Be on Kickstarter to Kickstart Anything Anymore”

After their campaign, team Lockitron affirmed themselves as the ‘Robin Hood’ of crowdfunding by releasing Selfstarter, their crowdfunding API, to the public. Selfstarter, is an “open source starting point for building your own ad-hoc crowdfunding site”, and although its framework is basic, the code has been copied over 1500 times by developers.

It was a done-deal. By 2012, Lockitron and Selfstarter had begun paving the DIY crowdfunding path.

Today, Robertsons explains, “You don't need to be on Kickstarter to kickstart anything anymore. Hundreds of products have done this in the last two years.”

To illustrate, highly anticipated hardware innovations like Coin, Tile, August, Plastc, Navdy, and Vessyl each wrapped-up million-dollar crowdfunds independently. Interestingly, innovations perfectly aligned with Kickstarter’s hardware hold, are strategically opting out and choosing to run pre-orders on their own websites.

Speaking toward the independent crowdfunding shift, of the 25 innovations highlighted in world-class hardware incubator, Highway1’s portfolio, one third have chosen to run crowdfunding campaigns on their own sites. 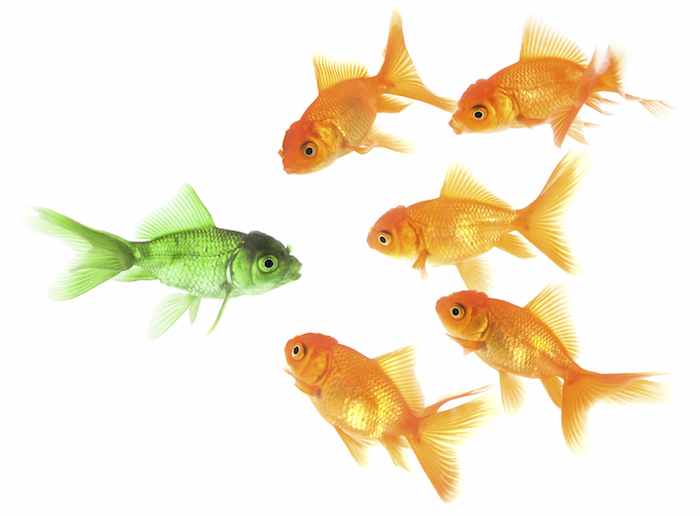 If the product you’re launching isn’t a one-off, it’s important to establish your brand, and build out an all-compassing company identity. For entrepreneurs that aim to build product collections, or have previously launched products, it doesn’t make sense to fall under the ‘Kickstarter’ or XYZ brand umbrella.

Notably, the templated format of Kickstarter makes all innovation look like ‘Kickstarter’. Essentially, your product is being plugged into the colours, layout, and design of another highly-recognizable brand. Adam Lee, co-founder of Bohemian Guitars, suggests “At the end of the day, all Kickstarter campaigns look the same. You can't make the page your own or reflect the brand you're trying to build with that product."

We recently spoke with The Coolest Cooler team, who holds the top spot for their $13M crowdfunding campaign. When asked about what The Coolest was working to solve today, they replied with a question about branding: "How do we want to set up this company to really represent the heart and soul of Coolest?"

Instead of driving traffic to the platform, crowdfunding on your own website means keeping it all to yourself (insert evil laugh). This will prove quite fruitful when SEO sets in, and you can reap the rewards of an awesome pagerank, a more established website, and a higher rank on Google.

Adam Lee admits, "When someone searches Bohemian Guitars, the Kickstarter link is one of the first hits. Nearly two years later, I'd rather that wasn't the case.” Bohemian guitars isn’t alone with this one. For several months (even years), company websites rank after their 30-45 day Kickstarter or Indiegogo campaign pages on Google. You can see this firsthand when googling Bohemian Guitars, The Coolest, Exploding Kittens, and dozens of other top campaigns. 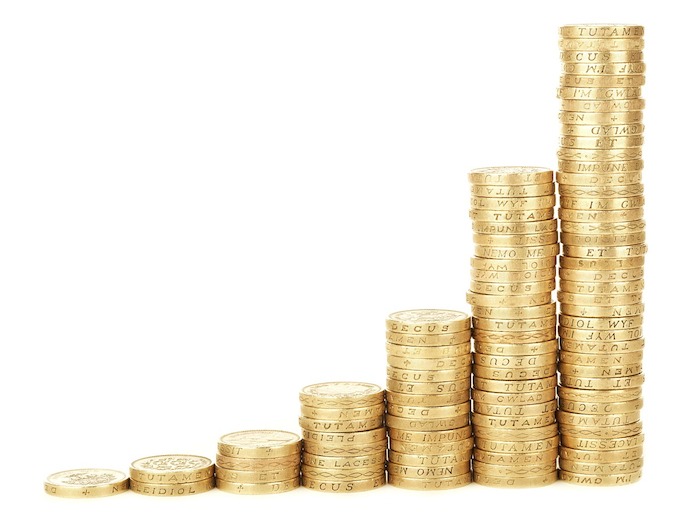 When all fees are accounted for, Kickstarter and Indiegogo charge between 8-10% and 7-10% respectively of total backer funding.

Comparatively, Celery’s platform which manages both pre-orders and DIY crowdfunding, charges 2%, plus the transaction fee. When paired with Stripe, this equates to total fees of 4.9% +.30 per transaction (2% Celery +2.9% Stripe +.30).

For instance, with Lockitron’s $2.27M crowdfund in 2012, they would have had to pay Kickstarter and their payment processor anywhere between $181K-$227K in total fees. In opposition, crowdfunding through Celery’s platform paired with Stripe, would have meant a max ending total of $115K, with end-to-end order management.

With a customized crowdfund on your own website, you’re entirely responsible for the look and feel of your backer’s checkout experience. If something, anything’s, not entirely optimized for your buyers, you can adjust it to improve the flow. You also have full access to any of your metrics and data. This allows you to really own your company analytics right from the get-go.

Will You Crowdfund Differently?

As Robertson of Lockitron argues, “The amount that Kickstarter helps you in terms of traffic and additional sales is nowhere near the cut that they take.” For the Lockitron team and entrepreneurs like them, going it alone may present additional challenges, but the short and long-term payoffs are huge.

Recently, Lockitron began crowdfunding pre-orders on their latest keyless entry lock, Bolt. They’ve poetically referred to the Bolt as the “Next Generation” connected lock; a title that not only brings this article around full-circle, but perfectly underscores Lockitron’s larger brand identity as the forward-thinking, crowdfunding rebels of today.

At Celery, we’re proud to be the chosen pre-order platform for Lockitron as they continue to crowdfund, their way.