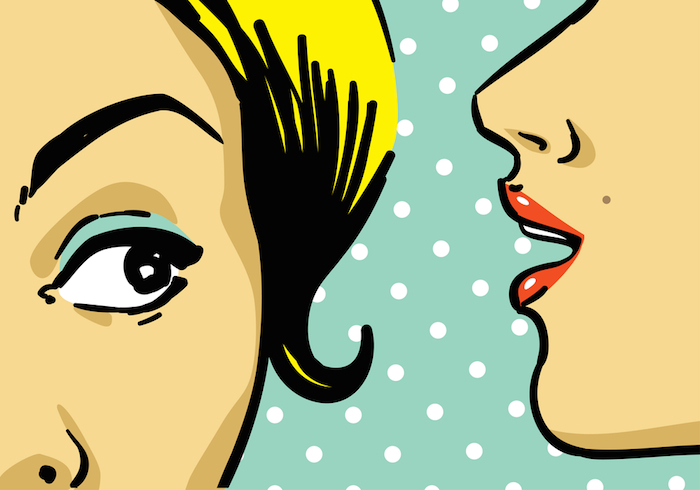 “It’s not about the money”. This overused line serves as a “trump” card when illustrating unadulterated passion in the face of conflict. It’s also kind of the truth when it comes to a growing primary use case for crowdfunding—marketing.

Marketing as the primary reason for crowdfunding is gaining considerable traction with celebrities, fortune 500 companies, and venture-backed startups alike: those who can’t even pretend to be in financial binds worthy of public contribution.

Celebrities like James Franco, Neil Young, Shaq, Kristen Bell and Zach Braff have each tried their hands at crowdfunding. Pair these Hollywood millionaires with major brands like Dodge, Honda, Kimberly-Clark, DC Entertainment, Phillips, Microsoft, and Coke, and it becomes obvious that marketing isn’t just a side-effect of crowdfunding.

Here are 4 ways brands use crowdfunding to kickass at marketing.

1. Get Product Validation (or not) 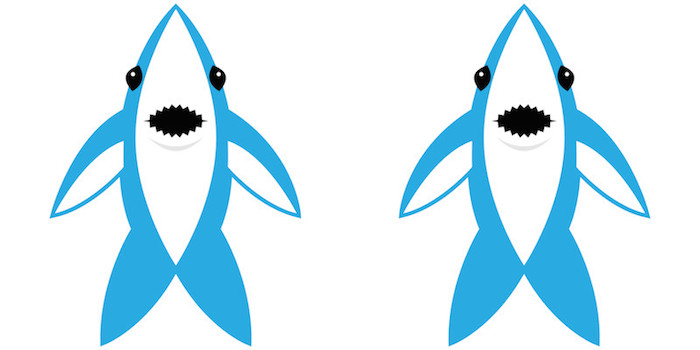 There’s nothing like a crowd to either validate or stomp the last shred of life out of a new idea. Generating as much product feedback as possible is a key component in creating something people want. As it turns out, crowdfunding is a fairly inexpensive way to quickly reach thousands of potential customers and find out what they really think. Nothing says “great idea!” like backer dollars, and fewer things can spell out “m-e-h” faster than a failed campaign paired with dozens of “I just didn’t get it…” emails.

For innovative marketers, crowdfunding is a modernized focus group with wider spread, more feedback, and a less contrived means for public discussion. It’s a way to test the waters without diving headfirst into building something with shaky demand.

You asked, we delivered. Introducing the @Bonobos #SharkSuit. RT to make it happen. http://t.co/DfaYUSSGkD #SuperBowl pic.twitter.com/B1uev2rvqP

Bonobos is an American apparel designer that wondered if everyone else was as obsessed with Katy Perry’s Super Bowl shark costumes as they were. They took testing the market for ‘yay’ or ‘nay’ one step further by publically capturing demand before even launching a crowdfunding campaign. Taking to Twitter, the designer received 3.7K affirmative retweets that they should launch on Kickstarter.

Bonobos and the shark suits illustrates how even social crowdfunding can be used to capture demand, vamp up support, generate early-stage feedback, and validate what we already know: people loves costumes!

A marketing ‘win’ is when people are talking. Preferably they’re saying good things, but even that’s up for debate. In today’s realm, it’s not easy to cut through the clutter, and even harder to make an impact that’ll encourage brand advocacy. Creativity, uniqueness, and story matter more than ever: all things a well-executed crowdfunding campaign bring forth effortlessly.

Crowdfunding allows customers to become apart of the plotline. Instead of passively consuming online advertisements or watching a television commercial, crowdfunding as marketing encourages activity and revolves around engagement. Closely resembling guerrilla marketing, seemingly intangible brands cross into unchartered public territory, becoming humanized in their vulnerability. Giving consumers the opportunity to experience brands actively, on their own terms, forges a connection that’s truly worth talking about. 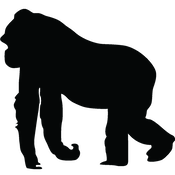 In 2013, Dodge Dart introduced a clever marketing ploy where customers could crowdfund their new car. The commercial announced, “Dad sponsors the engine for your birthday. Grandma sponsors the rims for your graduation.” Those registered would invite their family and friends to “sponsor” parts of the car within their selected timeframe, hoping that by the end of their “campaign” the car is paid for. 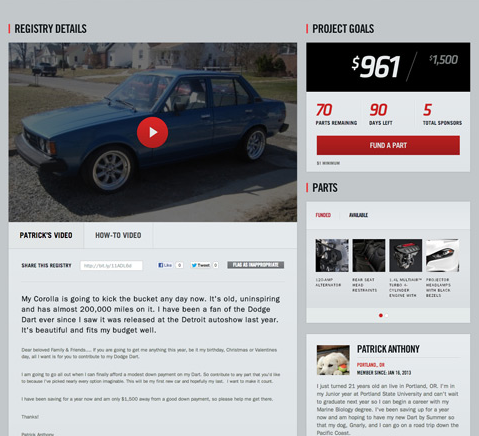 The campaign changed the way individuals and even communities thought about buying cars. The process became public, shareable, and in some cases, cause-driven, with groups banding together to purchase a vehicle for nonprofit programs and outreach. With over 1 million social shares, the campaign generated thousands of leads to remarket to, and according to Richard Swart, Berkeley’s crowdfunding professor (yes, Berkeley has crowdfunding courses), the Dodge Dart “saw sales more than double the following quarter.”

Crowdfunding and its success stories make the news. When this exposure is harnessed, it can give products and projects the final nudge they need to cross into ‘viral’ territory. Using crowdfunding to propel exposure in unique product campaigns is commonplace, and is even becoming a popular means for marketers and musicians alike to reach the ‘next level’.

In 2015 7 Grammy-nominated musicians were Kickstarter alum. Among them is American singer, Antonique Smith, who played Faith Evans in the biopic “Notorious”. She used her 2012 $50K Kickstarter funding to promote and market her finished debut album, and soon after gained public recognition. This year, she was nominated for a Grammy for Best Traditional R&B Performance. 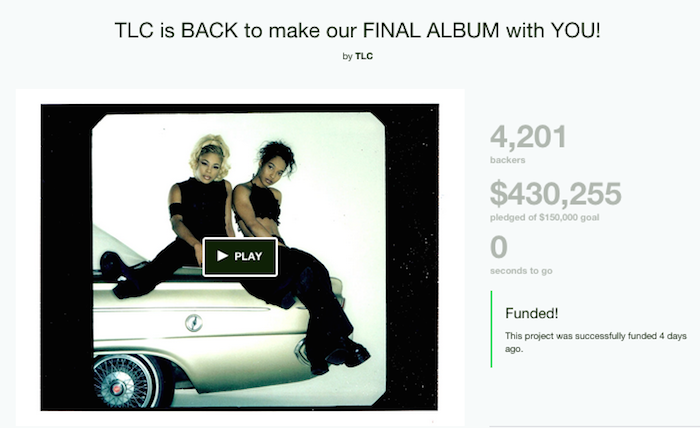 The all-girl trio TLC, famous for “Waterfalls” and “No Scrubs”, has had four platinum albums and won four Grammy awards. Despite this great success, the group turned to Kickstarter to get rolling on a new album, 23 years after their debut.

It’s unlikely the group was cash-strapped, but rather wanted a marketing edge to make their fifth album notable and most of all, relevant. Involving fans in the process was a strong marketing play, resulting in national and international coverage, plus a 14.5% increase in total Twitter followers.

Do you think TLC could have created this same buzz through traditional marketing and PR? 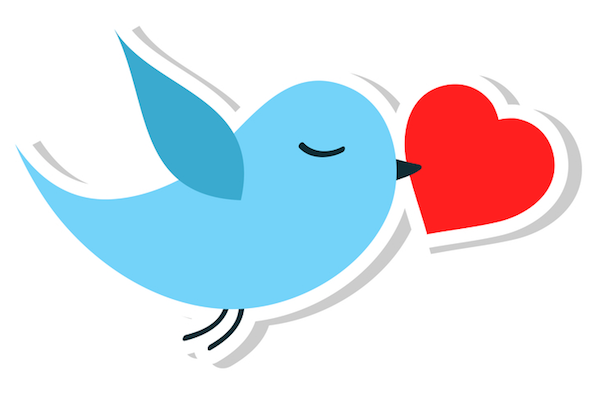 Crowdfunding as a storytelling tool cuts through noise, and connotes innovation, virality and a certain edginess. When properly harnessed, even big brands like Honda and Coke can break down a corporate wall (or two), and appeal to smaller communities and causes. Honda did this with their Indiegogo “Project Drive-in” crowdfunding campaign to save American drive-in theatres, and Coke with their campaign to crowdfunded cleaner water in rural Mexico.

Crowdfunding allows for companies both small and large, to tell different stories, in an alternative way, and change the way their messaging is received.

New Castle Brown Ale knew what they were up against when it came to locking down a $4.5M 30-second advertisement spot in this year’s Super Bowl. Unwilling to blow their yearly marketing budget, the company spearheaded the "Band of Brands” to crowdfund the cost of the ad spot. For an estimated average of between $150-250K, 37 contributors appeared in one hodgepodge Super Bowl advertisement.

This brilliant crowdfund became one of this year’s most talked about Super Bowl ads. It also secured the beer brand’s role as one of America’s most beloved archetypes: the successful underdog. The “band of brands” showed the world how fun New Castle is, and highlighted them as a relatable, creative force to be reckoned with.

The best part? It cost Newcastle a fraction of the $9.5M Busch spent on their flopped ‘anti-craft beer’ ad.

Crowdfunding as marketing can snowball exposure and network products to the power of 10. The transparency, call for action, and real-time story creation of a crowdfunding campaign is something that is unparalleled in today’s marketing realm. Although inviting customers along for the ride may be unpredictable, the reward is marketing that feels genuine, memorable, and two-sided—something close to human.

At Celery, we help brands small and large champion their crowdfunding initatives...whatever their goals may be.